Medication dependence can happen to anyone who is using certain pain or sedative medications for longer than a few weeks. To raise awareness about preventing medication harms and finding community support, ScriptWise is running Medication Dependence Prevention Month throughout May 2019.

Three Australians die every day from prescription medicine overdose, a recent report from the Penington Institute found. There also continues to be a marked increase in the rate of overdose deaths in regional Australia. In fact, in 2016, the per capita rate for regional Australia had increased to 8.1 per 100,000 compared to a rate of 6.6 in metropolitan areas.

ScriptWise lists the following types of prescription medications that are currently causing the most dependence amongst communities in Australia:

Benzodiazapines : According to ScriptWise, benzodiazepine medications are sedatives or minor tranquilliser medications. They are often used as sleeping tablets or muscle relaxants and are commonly prescribed to address anxiety and insomnia.

Although they can be effective when used in the short-term (less than four weeks), the risks of using benzodiazepines for longer than four weeks outweigh the short-term benefits, especially when combined with other sedatives such as prescription opioids or alcohol. In 2016, 663 Australians died due to benzodiazepine-induced death. Worryingly, this figure has doubled in ten years.

Codeine: In December 2016, the Therapeutic Goods Administration (TGA) made the decision that medications containing codeine such as Panadeine, Nurofen Plus and some cold and flu tablets will only be available with a prescription from 1 February 2018.

ScriptWise highlights the risks of using codeine-based medications are too high without a doctor’s involvement. Codeine can be highly addictive and long-term regular use can lead to tolerance, dependence, toxicity and in high doses, death.

Prescription opioids: According to the International Narcotics Control Board, the use of common, opioid-based painkillers such as codeine, morphine and oxycodone has increased by four times over the past decade – and Australian is among a handful of countries consuming the bulk of the world’s opioid medication supply. On top of this, in recent years there has been a worrying increase in the number of opioids being prescribed for ongoing chronic pain conditions. The latest general practice data shows that an opioid was prescribed in almost three in four (72.7%) occasions of general multisite pain management.

Data from ScriptWise shows that in 2016, 784 people died due to a prescription opioid-induced death, outnumbering the road toll in Australia. Meanwhile drug-induced deaths involving other opioids like oxycodone and codeine have more than doubled in just one decade.

More recently, prescription opioids made headlines when a study revealed up to one in 10 surgery patients who get hooked on opioids had never used the drugs before they were prescribed the medication after their operation, world-leading pain experts say.

A faster way to get answers on pain medication and sedatives

Pharmacists and health professionals faced with common enquiries about pain and sedations medicines, can find answers faster via AusDI, Australia’s most comprehensive and up-to-date database.

Covering over 5,000 products, AusDI includes detailed independent monographs on many pain and sedation medicines including codeine and benzodiazepines. These monographs also include detailed patient counseling notes.

AusDI is updated daily by an Australian editorial team, under the guidance of an independent Editorial Advisory Committee. It is published monthly, including the latest data from the PBS Schedule. Being web-based, AusDI is always kept current and requires no software installation.

SafeScript is Australia’s first truly real-time prescription monitoring system, built on the national eRx Script Exchange, which has been integrated with MedicalDirector since 2009.

To make it easy for doctors to use SafeScript, it is now fully integrated with MedicalDirector’ Helix cloud-based clinical and practice management software and Clinical 3.18.

Click here to find out more about how to register and start using SafeScript today. 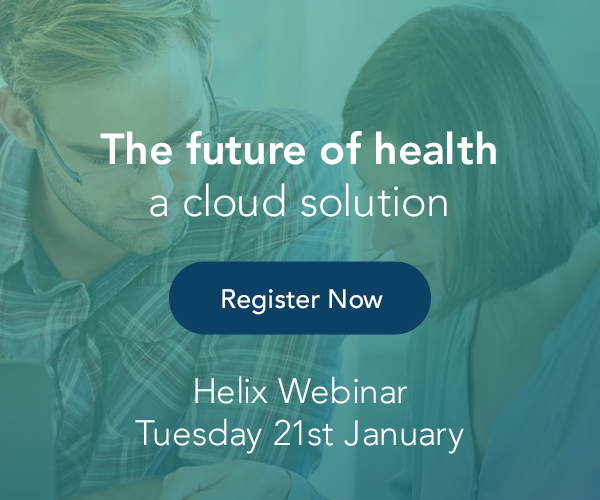 Is your organisation ‘Black Triangle’ ready?

Five things you need to know about Natural Medicines