Is healthcare keeping up with rapid digital change?

We’re on the cusp of a new era of human-machine partnership, but healthcare is not prepared for the change, a new report found.

Dell Technologies recently teamed-up with Institute for the Future (IFTF) and 20 experts to release the Vanson Bourne Realizing 2030 survey, which asked 3800 business leaders from around the world to to project into the future and forecast how emerging technologies – such as Artificial Intelligence and the Internet of Things (IoT), will reshape how we live and work by 2030.

The experts concluded while we’ve already been working alongside machines for centuries, by 2030, these partnerships will become deeper, richer and more immersive than ever before, helping us surpass our own limitations. These machines, fueled by exponential increases in data, processing power and connectivity will open-up new possibilities, beyond our grasp today.

Robotics, VR, AR and Cloud Computing were set to underpin our tech future, with the report revealing 70% of U.S. organisations now operating in the cloud, with this figure expected to grow further globally. The report predicted by 2030, cloud technologies will be so embedded that memories from the pre-cloud era will feel positively archaic by comparison.

But the report also uncovered that healthcare is not ready to face the challenges within the pending high-stakes health tech revolution.

Less than 25% of healthcare business leaders globally said they see themselves as “digital leaders”, while almost two thirds admitted they are actually struggling to keep up with the rapid pace of technological change.

And the number of healthcare professionals in the public sector who say they are struggling is considerably more at two-thirds, compared to the private sector where a third admit they’re struggling to keep up.

Meanwhile over 75% of healthcare business leaders around the world do predict that humans and machines will work more cohesively as integrated teams in their organisations within the next five years. But when it comes to the crunch, just over 25% are actually doing this in the public sector, and a third in the private sector.

Interestingly, when it comes to the fast uptake of consumer wellness wearables, over a half of business leaders across Asia-Pacific and Japan see this as motivating people to taking better care of themselves by leveraging the potential of wearable devices. Meanwhile, the potential for healthcare professionals to manage and share the same data patients have on their wearable devices is still being under utilised.

“Both individuals and organizations are grappling with the digital and workforce transformations underway today,” The report concluded. “If we start to approach the next decade as one in which partnerships between humans and machines transcend our limitations and build on our strengths, we can begin to create a more favorable future for everyone.” 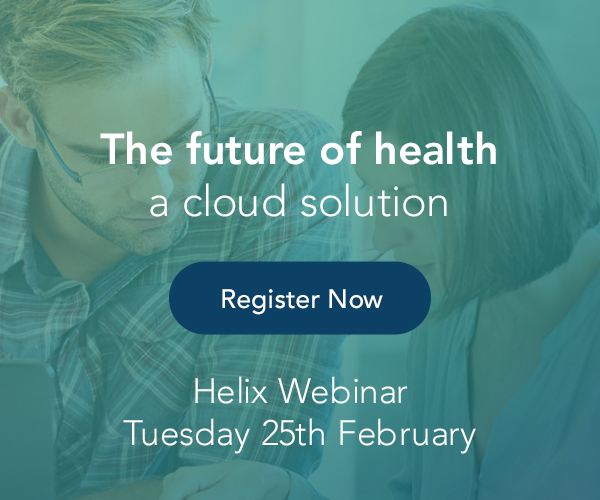 How to move your patient management to the cloud